Here I stand again
I am back to my yearned land
Memories embrace me, I realize
I should never have left

I was eager to run,
along these vast northern lands,
but I’m not longer young,
it’s not long before my time has come

From time to time, from land to land
it was told (that) this place was paradise
now (that) I stand at this ground so dank
I’m so proud to call this “my homeland”

From time to time, from land to land
it was told (that) this place was paradise
now (that) I stand at this ground so dank
I’m so proud to call this “my homeland”

Lyrics and music by Incursed. 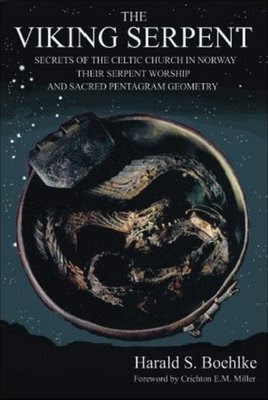 The Viking Serpent: Secrets of the Celtic Church in Norway. Their Serpent Worship and Sacred Pentagram Geometry. Harald Boehlke

What do the three most evil symbols for Christianity - 666, the pentagram and the snake - have in common? Quite possibly one of the most amazing discoveries of all time, The Viking Serpent reveals an ancient and incredible legacy placed upon the landscape of Norway. In this film, best selling author Philip Gardiner takes us on a journey into Norway to meet author, Harald S. Boehlke who has uncovered this amazing mystery in the land of the Norse. Travel with us across a beautiful landscape, into the very heart of ancient serpent worship as we unravel the sacred language of our ancestors. See the amazing serpent Stave Churches up close; walk with us along the sacred pathways of the Celtic Church and discover their unique and clever symbolic devices; journey by boat to the Holy Island and enter a landscape virtually untouched by the ravages of time. The Viking Serpent is a discovery on the scale of the Great Pyramids of Egypt and the Lost Tomb of Jesus, holding ancient truths of wisdom from a lost, yet highly sacred Church. Prepare to be stunned by the ramifications of this incredible find, and embark on a stunning, visual journey into a forgotten time and land. "I can assure you that we are as excited by this discovery as you are." Henry Lincoln, co-author, The Holy Blood & The Holy Grail. 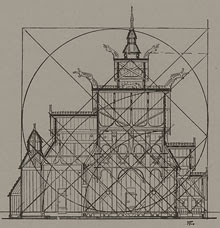 "The Viking Serpent" or "The Norwegian Pentagram" as it was called before being translated reveals a hitherto unknown and occult side to the Viking- and early Middle Age in Norway. From approx. 935 CE heathen Viking Norway was introduced to a form of Christianity peculiar to a certain branch of the Gnostic Celtic Church of the British Isles, where the serpent had a 'leading role' and which, according to historians and archaeologists, has a pronounced Syrian and Egyptian character.

Stave churches were designed according to the golden section. The stave churches have serpents on all gabels, and "snake skin" on walls and roofs. Stave churches are unique to Norway.

"The Viking Serpent" or "The Norwegian Pentagram" as it was called before being translated reveals a hitherto unknown and occult side to the Viking- and early Middle Age in Norway. From approx. 935 CE heathen Viking Norway was introduced to a form of Christianity peculiar to a certain branch of the Gnostic Celtic Church of the British Isles, where the serpent had a 'leading role' and which, according to historians and archaeologists, has a pronounced Syrian and Egyptian character.

Comparing old legends and historical facts the author has unravelled a fascinating story and found a holy geometry constructed by the Celts that the famous co-author of Holy Blood, Holy Grail, Henry Lincoln has deemed "the Norwegian extension of this extraordinary business." The clandestine plan of the Celtic Church erecting cities and monasteries as markers in such a fashion that one with the use of The Golden Section was able to construct a gigantic pentagram across Southern Norway is also revealed. The geometry is illustrated by the author in easy to follow step-by-step diagrams.
The Celtic Church's form of Gnostic Christianity contained certain elements brought to them by the largest of the Gnostic sects, the Ophites who revered the serpent, as a symbol of Christ.

Following the Roman Emperors sanctioning of a certain breed of Christians in 325 CE, later known as the Roman Catholic Church, the Ophites and other Gnostics were persecuted, their scriptures confiscated and burned. They sought shelter in Syria, Egypt, Western and Northern Europe. A large number of their writings were found in the Egyptian desert at Nag Hammadi in 1945 CE. In the manuscripts one finds that Christ was called "The Beast." "The interpretation of "the beast" is "the instructor." For it was found to be the wisest of all beings." 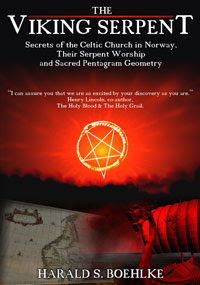 The number of the Beast, 666 figures prominently in the holy geometry placed across Norway and is disclosed in an obscure fashion in a certain Viking saga describing the burial of the Viking king Olav, later canonised by the Celtic clergy. The book abounds with exciting Viking lore. A treasure cave which legend claims connects with Scotland under the sea, explored by the Orkney Earl Ragnvald in 1127 CE. turns out to be the upper left arm of the holy pentagram. The Stave Churches, peculiar to Norway abound with serpent imagery; serpents are carved on pillars and portals writhing all over the churches and church roofs are fashioned so as to mimic serpent skin.

From ca. 935 1015 the Celtic Church made secret arrangements with no less than three Vikings of royal descent intent upon ascending the Norwegian throne. In return for the opportunity to convert their country to the Gnostic Celtic Christianity and put their sacred geometry in place, they assisted the kings in creating and deploying the law and order of the church, making the people more governable.

The book also exposes the Catholic Churches murder of the first Norwegian Archbishop on his return from his inauguration in Constantinople. The East-Roman Empire with its seat in Constantinople was considered by many to be the centre of Christianity and differed from Rome in its beliefs, resulting in "the great schism" or definitive separation of Rome and Constantinople on religious matters. After the Roman Catholics murder in 1152 of the first Norwegian Archbishop they sent their own delegates unannounced from Rome to Norway and persuaded the Norwegian leaders to let them inaugurate an archbishop in Nidaros and a bishop in Hamar. Unknown to the Catholics Hamar was the last marker in the pentagram, and in inaugurating a bishop in Hamar they unwittingly completed the holy pentagram of their Celtic adversaries. 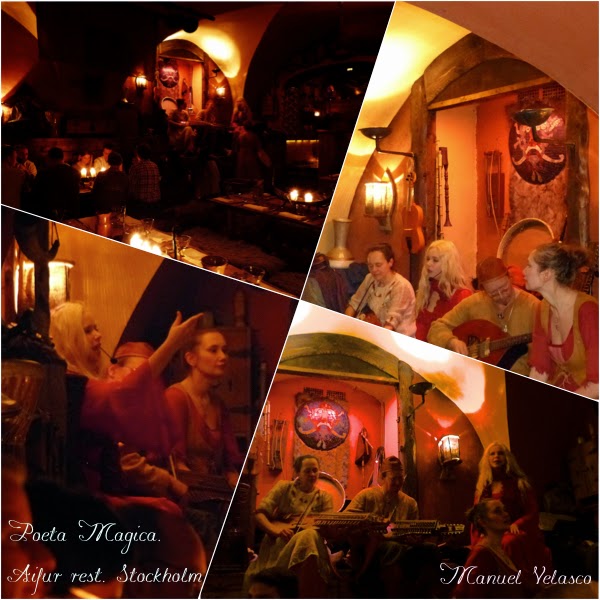