ScienceDaily (Feb. 12, 2008) — Viking Blood Courses Through Veins Of Many A Northwest Englander


Focusing on the Wirral in Merseyside and West Lancashire the study of 100 men, whose surnames were in existence as far back as medieval times, has revealed that 50 per cent of their DNA is specifically linked to Scandinavian ancestry.

The collaborative study, by The University of Nottingham, the University of Leicester and University College London, reveals that the population in parts of northwest England carries up to 50 per cent male Norse origins, about the same as modern Orkney.


Stephen Harding, Professor of Physical Biochemistry in the School of Biosciences said; “DNA on the male Y-chromosome is passed along the paternal line from generation to generation with very little change, providing a powerful probe into ancestry. So a man's Y-chromosome type is a marker to his paternal past. The method is most powerful when populations rather than individuals are compared with each other. We can also take advantage of the fact that surnames are also passed along the paternal generations. Using tax and other records the team selected volunteers who possess a surname present in the region prior to 1600. This gets round the problems of large population movements that have occurred since the Industrial revolution in places like Merseyside.”

After their expulsion from Dublin in 902AD the Wirral Vikings, initially led by the Norwegian Viking INGIMUND, landed in their boats along the north Wirral coastline. Place names still reflect the North West's Viking past. Aigburth, Formby, Crosby, Toxteth, Croxteth are all Viking names — even the football team Tranmere is Viking. Thingwall is the name of a Viking parliament or assembly (Thingvellir in Iceland) and the only two in England are both in the North West — one in Wirral and one in Liverpool.

The results of this research have just been published by Molecular Biology and Evolution. The 14-strong research team, funded by the Wellcome Trust and a Watson-Crick DNA anniversary award from the Biotechnology and Biological Sciences Research Council (BBSRC), was led by the University of Nottingham's Professor Stephen Harding and Professor Judith Jesch and the University of Leicester's Professor Mark Jobling.

This style of Viking era sword is referred to as a Type K hilt in Petersen's Typology, due to the distinctive five-lobed pommel and straight guard. Find places for this hilt form are broadly distributed across Europe and as far south as the Balkans, dating from the late 9th into the late 10th centuries.

The hilt components are investment cast in mild steel from original waxes carved by Leif Hansen under the direction of Peter Johnsson, based on Peter's first-hand examination and documentation of period originals of this type.

The blade is classified as a Geibig Type 2 (which some consider a sub-classification of the Oakeshott Type X), hand-ground from high-carbon steel to a fine satin finish, heat-treated by hand for maximum flexibility and to take a fine edge. 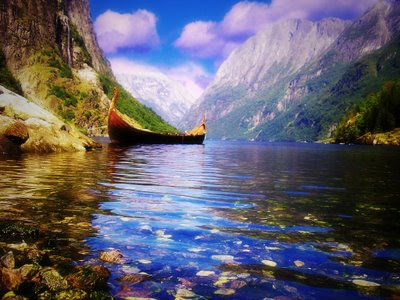 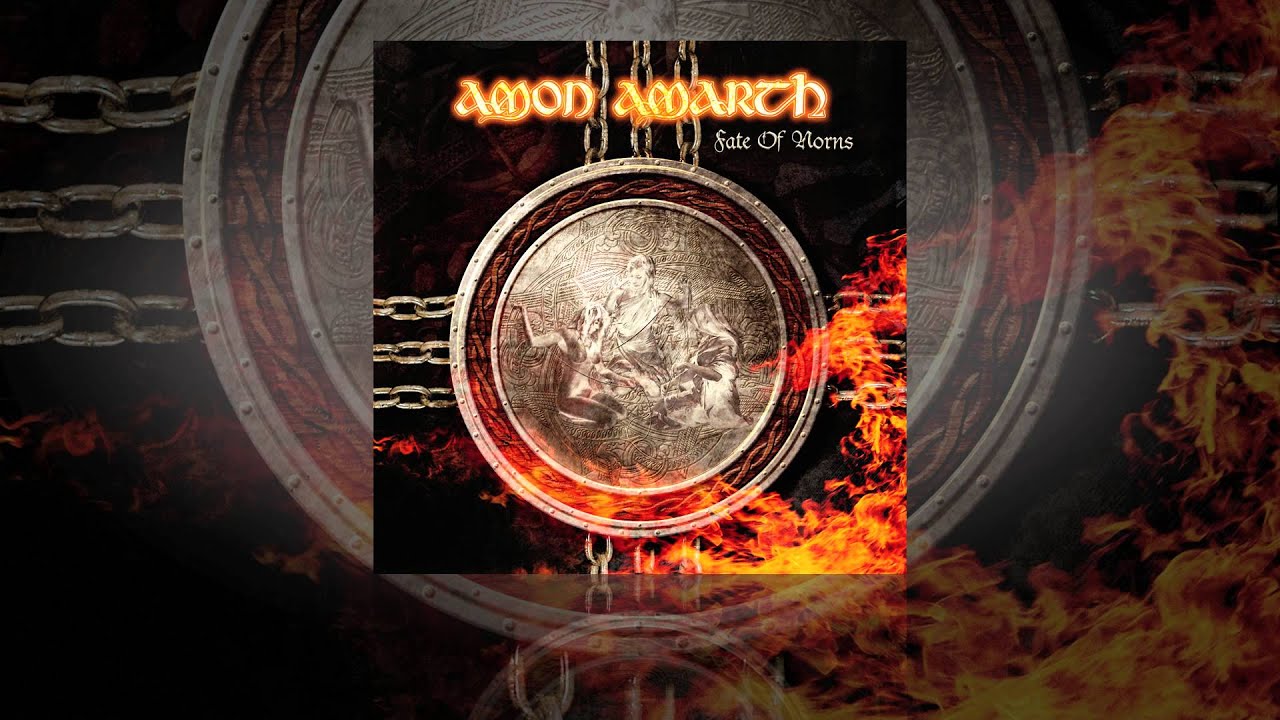 Summer is approaching and the Vikings feel the call of the sea.
They prepare their boats and their weapons, but they will not all return.

Our ships await us by the shore
Time has come to leave
Our country, family and homes
For riches in the east

Juego interactivo (en inglés) desarrollado por la BBC en el que podrás demostrar tu capacidad de tomar decisiones en una expedición de vikingos.
Play the game of 'Viking Quest', which takes you back to AD 793. Can you build a ship, cross the seas, loot a monastery and return home to claim your prize? Your chief has set the challenge, it's up to you to respond.
Click 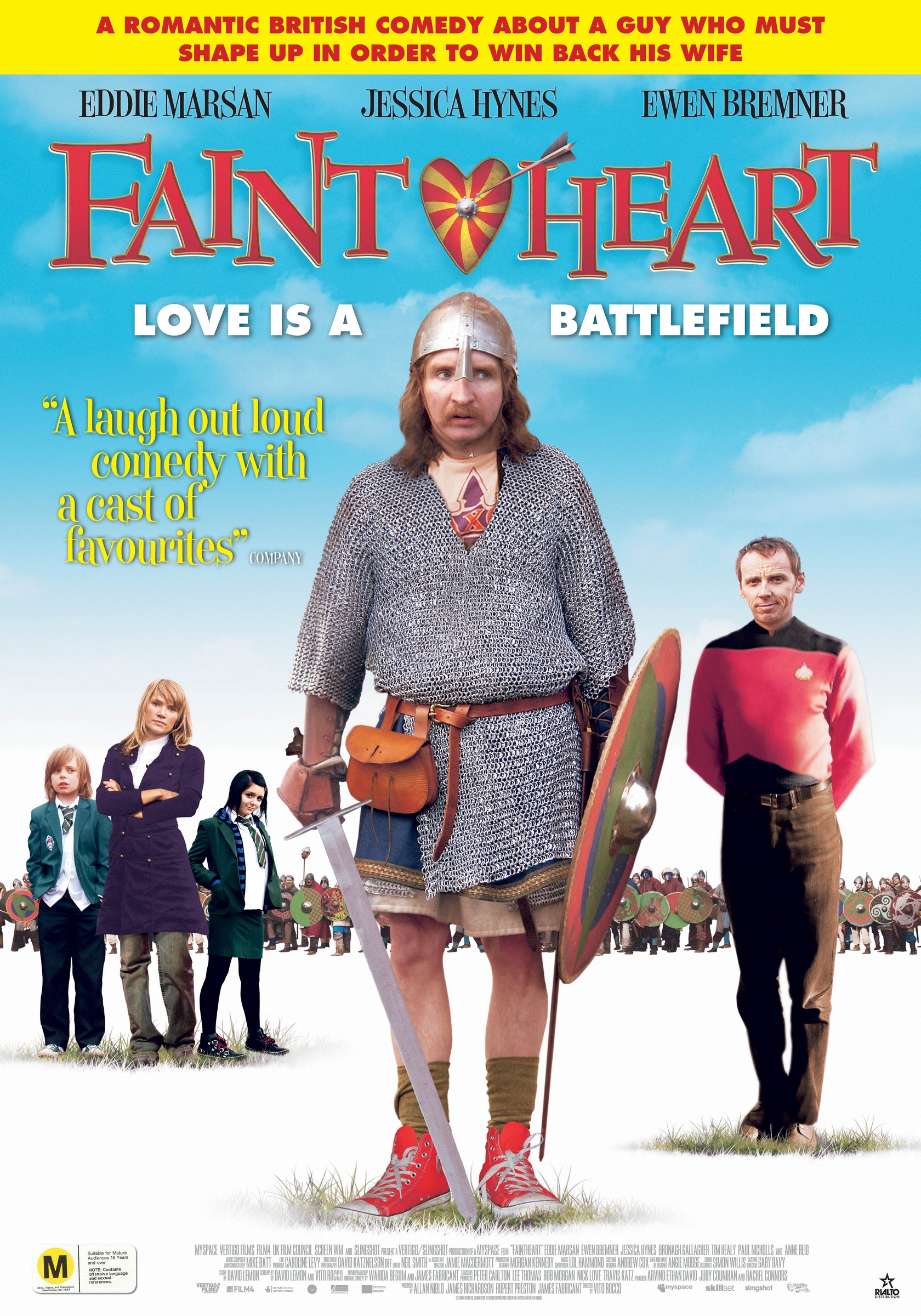 
Faintheart is directed by Vito Rocco and stars Eddie Marsan as Richard, a homestore employee with a nerdy passion for Viking re-enactments. However, when his latest battle causes him to be late for his father-in-law's funeral (and turn up in chain mail), his long suffering wife Cath (Jessica Hynes) realises she's had enough and begins a trial separation. Richard is convinced he can win Cath back, but he hasn't reckoned on the attentions of slimy PE teacher Gary (Paul Nicholls), who's also getting closer to Richard's son Martin (Tim Healy). Meanwhile, Richard's Star Trek obsessed best friend Julian (Ewen Bremner) begins a tentative relationship with the mother (Bronagh Gallagher) of a fellow Trekkie he met online. 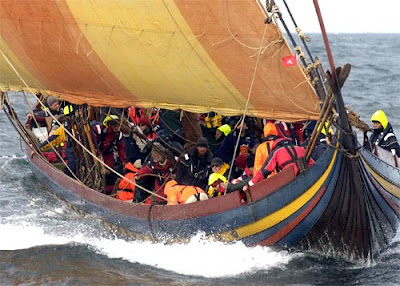 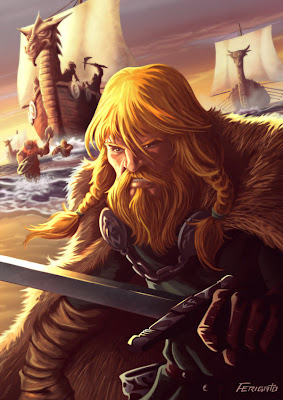