Turid Torkilsdóttir (960-1047) was a character in the saga Færeyinga; Viking chieftain's daughter Torkil Black Frost and Ragnhild Toralfsdóttir. She born in Norway, married with Faroese Sigmundur Brestisson, spent the rest of her life on the island Skúvoy. It is regarded as the most influential woman in the history of the Faroes.

The day goes by, the night comes
Darkness falls on fair ground
Tomorrow let us saddle the horses for a race

"Your land is so unpleasant
For there is bad weather and wind.
Much better it is in the mountains of Norway
To stay here in love with me."

The day goes by, the night comes
Darkness falls on fair ground
Tomorrow let us saddle the horses to ride.

She followed him so far on his way
Until paths went separate ways.
"When I turn away from you now
It is against my will."

The day goes by, the night comes
Darkness falls on fair ground
Tomorrow let us saddle the horses for to ride.

The days goes by, the night comes
Darkness falls on fair ground


Tomorrow let us saddle the horses for to ride.﻿


Video with photos taken by me in Viking festivals and the song Turid Torkilsdóttir, by the Faroese group Týr (By the Light of the Northern Star, 2009).

25th September, 1066. The Viking King Harald Hardrada’s invaders are being slaughtered at Stamford Bridge outside York. Caught unawares by the English King Harold and his army, the Norsemen fight to their last breath, as all worthy warriors must.

Battle-torn, bloody and exhausted, the ageing warrior king bursts into a simple thatched dwelling, the clamour of battle and cries of the fallen fading behind him. He stumbles, throws himself onto a bed, is taken by sleep. Wakes to find food bubbling in a pot over the fire. Eats ravenously. The door opens and a spear-armed, one-eyed stranger in a wide-brimmed hat walks in. Sits down. Stares at the great king with his single, soul-searching eye. Under this scrutiny Hardrada feels suddenly compelled to tell this stranger the saga story of his own illustrious, war-filled life.

For though the great Harald Hardrada might not know it, his mortal body even now lies hacked and bloodless on the field by the river. And yet such was the warrior’s ambition in life, such was his thirst for sword-fame and glory, that he has one more tale to tell. One final epic to share, of his journey along the warrior’s way, before his soul can move on to what lies beyond.

And Odin the spear god, lord of war and poetry, would hear it.

September 25th marks the 950th anniversary of the Battle of Stamford Bridge, a desperate last stand by a great Viking army led by their king, Harald Hardrada. Just three weeks later the English King Harold and his victorious but weakened army would have to fight William, Duke of Normandy, at Hastings. We all know what happened then, and England was changed forever.

Had the English not been forced to battle the Vikings at Stamford Bridge, history would very likely have turned out differently. But for Hardrada and his Vikings, Stamford Bridge was a calamity. Their losses were so horrific that only 24 ships from the fleet of over 300 were needed to carry the survivors away. Never again would a Viking army leave their Scandinavian homeland in search of conquest. The Viking Age was over.

Hardrada was a giant of a man, flamboyant, ambitious and fearsome in battle. A professional warrior all his adult life, there can be few men who travelled so far or experienced so much. But as well as being the most respected warrior of the age, Hardrada was also a keen poet and it is said that he was even composing poetry on the battlefield that day in 1066.

Giles Kristian has woven the great warrior’s life story in a poem that is rich in imagery and kennings; that form of metaphor used in Anglo-Saxon and Norse poetry in which an object is described in a two-word phrase, such as ‘whale-road’ for ‘sea’, ‘battle-sweat’ and ‘slaughter's dew’ for ‘blood’ and ‘wave-steed’ or ‘fjord-elk’ for ‘ship’. Director Philip Stevens has combined his experience in theatre and historical filmmaking to dramatise the extraordinary narrative and bring it to glorious life in the best traditions of the Norse and Anglo Saxon storytelling cultures. 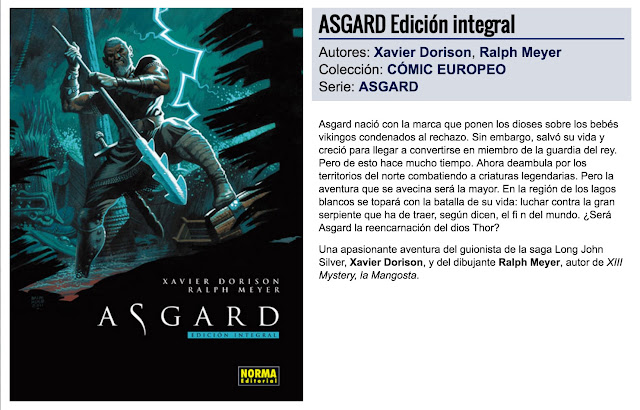 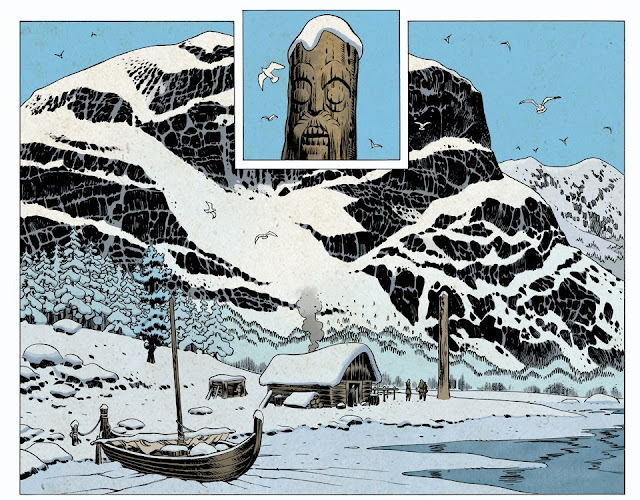 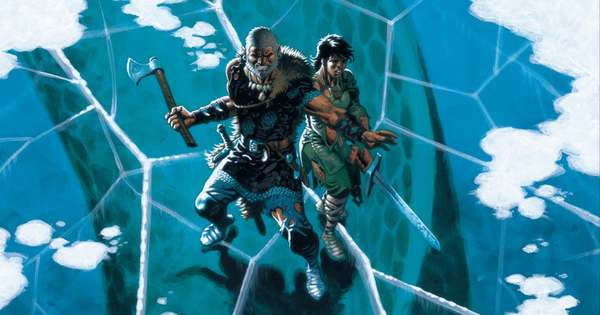 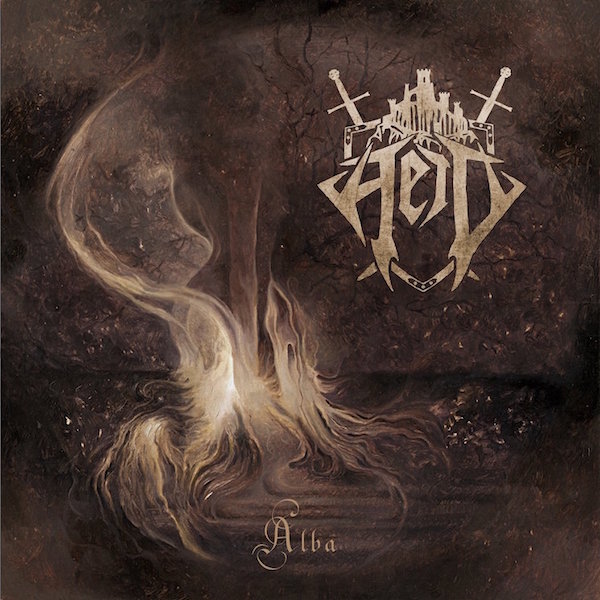 Wardruna’s third studio album, ‘Runaljod – Ragnarok’, will be out on October 21.

Dark clouds drift within
The longing lures
pulls my mind
Will you carry me?
I want to go

Fair foal, I bid you
Sacks rich with gold of the fields
Fare swiftly on flying hoofs
Carry me, and I promise you
Ride out
Raido

The storm is stilled, the mind it flies
The drum of hoofs lay the beat
The heart, it follows, two are one
Sets me loose with speedy feet
Riding
Raido

If I ride you
I ride more
As one is two,
where knots are tied
In bonds are bound
the whole world
If I bond you
I can journey

Guess: about which element from the picture above will be this article about?

About socks. And to be more precise -- about one really old technique of making them, older than crocheting and much older than knitting. Previously, you could read a simple tutorial about how to make a viking dress, and this little thing is strongly connected to the mentioned one. I'd not imagine a lack of these socks when some of the history reenactment events are early in April or in October, or exactly in winter. (Of course, the ones from the photo above are my summer socks, phew. You'll see my winter ones in the end.)

Besides being accurate historically and useful for history reenactment, I'm sure that you can admit how waaarm and comfortable can woolen socks be. There's nothing better to warm up your toes after you arrive home in December, all cold and tired... maybe except a nice bath, but noone says that you can't wear socks afterwards.

Naalbinding, or Naalebinding, or Nålebinding, is a technique very similiar to crocheting; it remids also of weaving fishing nets. You can say that Naalbinding is a precursor of crocheting. The two main diffrences between these two techniques are the timelines when they were the most popular - Naalbinding was the most popular until knitting and crocheting came in the late Medieval Ages; the other huge diffrence is that unlike in crocheting, you can't undo what you've already done so easily.

Nowadays, Naalbiding is mostly used in Scandinavia, where its name comes from. It's also a good time to write about it, when you can find it the most useful, isn't it? (:

What do we need?

Quite a simple thing. We need a yarn, a needle and scissors. And time. Consider the yarn: for my viking reenactment, I used woolen ones, but you must remember that wool has its own rights to shrink when washed. So if you don't need it to be uber-true, just take some acrylic yarn, it's good as well.

Needle. A big one. And blunt. That would be all. My needle is made of bone, I bought it from UEdkaFShopie's sister a couple of years ago. It's 9 cm long and 7mm wide in its widest part. There are also wooden, plastic and metal needles, and you can even made one on your own, for example from carp's fish-bone (though it may be flimsy).

What do we do?

I'll mention here the simplest and the easiest to understand way, but believe me, there are many others... just not so uncomplicated.

First, cut off at least 1 meter of the yarn. Usually I cut off 1,5 - 2 meters. Unlike in crocheting or knitting, you'll have use cut pieces and tie new ones when the current one ends. Now, make a base loop like in the picture belw. A small one, I made it a bit bigger just for this tutorial, I usually make a half of its size. Leave behind about 2-3 cm, so it wouldn't just slip off.

Time to start making the "true" loops! Take a close look at the picture on the right.
Move your needle through the base loop - can be from below, can be from above, find the way that is more comfortable for you. After you pull some of the thread , you'll notice another loop making. Move needle through it to make a formation like in the photo and pull. Not too tight - otherwise you won't be able to make further rows.

Now, just keep repeating making the same loops until you form a circle. Then you must think and plan your next moves - depending on what do you want to achieve, you'll have to form diffrent shapes: therefore you'll have to add diffrent amount of loops in diffrent places. It's good to check if you're going in the right way, so when you're for example making a sock, just try it on as often as you need (even if you've got less than to cover your toes).

When you finish making the first row of loops, start making the second row. Unlike with the first row, now you'll have to loop the thread around the loops from the first row. Don't make just one new loop on one older loop, unless you want to get a finger part for a glove.

When making a sock, I usually add 2-3 loops for one old loop at the beginning, until I cover the width of my foot. Then I add a couple of extra rows before I start the 1:1 part to cover the metatarsus. When making the heel part, first I make an extra patch by making loops on a 3/5 of the already made pouch, simply by going there and back again. When it covers the heel, I go back to making loops all around.

A cap: it's the easiest thing to make. I'd consider making it before getting to socks. Remember only to add more loops with each row and some 1:1 in the end, so you'd not finish up with a napkin.

Mittens: I start with making a separate part for the thumbs. After I make enough to cover the thumb, I just leave it and make the parts for the whole palm. In accurate moment I attach the thumb and make further loops so on. Mittens are easier than socks, a bit harder than a cap, but not much.

Mittens, winter socks (too big!) and the first socks I've ever made. They were worn so many times that they started felting up. 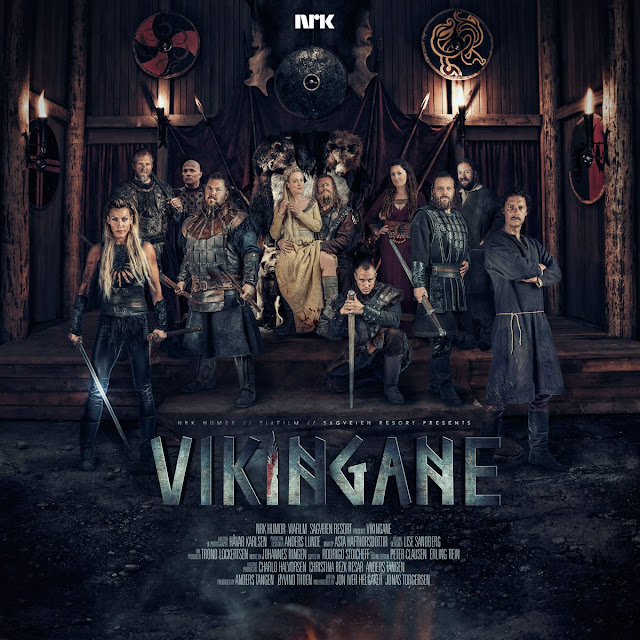